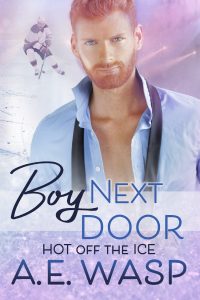 This is a story about losing the path and finding yourself. It contains kissing, yelling, and carb-loaded family interventions.

Hockey superstar Joey Luciano has always been good at being whatever people needed him to be. The fans want a good-looking fast-living party boy? Enter ‘the Looch,’ Joey’s carefully created public persona. But the cracks in his mask are starting to show, and he’s begun to lose touch with who he really is. It’s going to take someone who’s been there from the very beginning, to help him find his way home.

Coach Liam O’Reilly always had a very clear picture of what his life should look like. Falling in love with the infuriating, passionate, stubborn, and endlessly fascinating boy next door was not part of the plan. But when Liam’s carefully constructed life fell apart one Christmas Eve, Joey Luciano was there to pick up the pieces. Now Liam can't stop wanting him.

The passion blazing between them on the ice and behind closed doors could leave both of them badly burned. But through the smoke, Liam can see glimpses of a future brighter than any he’d imagined, a future worth risking his career and reputation for, if only he is brave enough to reach for it.

But Joey’s got a secret he’s keeping from everyone. If it gets out, it could be the end of everything.

I savoured reading this like it was a top shelf liquor- reading slowly to appreciate its rich notes and repeating some phrases because I wanted to make it last as long as possible and it was so good. This author has the skills to make you laugh and cry and walk away sated in the end. I loved Joey and Nonno's talks. Some made me laugh and some brought tears to my eyes

“Speaking of right now,” Liam said. “What’s going on? Paddy claims Sergei needed to see me about his stick. Which is the saddest attempt at a lie since Jimmy told Mom that Conrad Sincowitz had given him his bicycle as an early birthday present.”

The cousins exchanged a look.

"Stop calling me an idiot at work.” Liam looked around quickly to make sure no one important was around.

“This is a bar,” Patrick said with frustrated patience. “This isn’t work.”

Liam pointed to the vast, strobe-lit expanse of the club behind him. “My boss is somewhere over there. Ergo, this is work.”

“Ergo, you’re a douche,” Gina said, pushing through the crowd with a tray of shot-glasses filled with amber liquid and a bottle of tequila.

Gina held the tray out imperiously, offering it to each cousin in turn. “Salud,” they said in ragged unison, tossing the shots back.

The tequila went down surprisingly smoothly. If Gina was shelling out for the good stuff, things must be serious.

“So why am I here?” Liam asked again, setting his glass back on the tray.

“Is the other idiot in there already?” Patrick asked, ignoring Liam and pointing at the men’s room door.

“What other idiot?” Liam asked, though as soon as he asked he knew. It could only be Joey. He’d fallen into some kind of family trap. God damn it. He used to be smarter than that.

His stomach cramped at the idea of seeing Joey again. He felt so guilty over how he’d left things between them. He was older, he was supposed to be the grown up.

As the tequila warmed his veins, he opened the door on the memories he tried to keep repressed. Joey half-naked on the mattress, tattoos gleaming with sweat as Liam worked a finger into him. Joey’s cock straining against the ridiculous black and neon blue briefs he’d been wearing. Red and green Christmas lights sliding over Joey’s skin as they moved together in the bed. No matter how often he pushed the images away, they always came back. Usually late at night.

He should have called.

Shoulda, woulda, coulda. as his dad would say. In the privacy of his own mind, he could admit that he was scared. Scared of what Joey would say. That he would yell and curse at Liam was a given. He just hoped Joey didn’t take a swing at him. Liam was taller and heavier, but now that he wasn’t playing anymore, he’d let the workouts slide. Coaching didn’t require the same strict routine.

Joey worked out constantly, and he had the three percent body fat and six-pack abs to prove it. Not that Liam was thinking about his body or his abs at all. There had to be a way out of this. Maybe there was a fire alarm he could pull.

Two men headed toward the bathroom, and Gina imperiously waved them away. “Closed!” she said. “Toilet’s blocked up. It’s really gross.”

One guy wrinkled his nose and they both walked away.

“You can’t monopolize the whole bathroom, G,” Liam protested. Surely someone would be complaining to the staff any second now.

“Yeah, I can,” Gina said. She glared at a giant drunk guy making a beeline to the door. “It’s closed. Use the ladies.”

Obviously, the guy had a death wish, because he pulled himself up to his full-height, grumbling something as he stepped closer to Gina.

His buddy looked at the group surrounding Gina and tugged the guy away nervously. Drunk guy shook him off.

“Sorry,” the friend said to Liam and Patrick.

Liam shrugged. It wasn’t them the guy should be worried about.

Gina took a step forward, coming down hard on the guy’s foot with her four-inch stiletto heel. “Yeah, I know the line for the ladies’ is longer. Sucks doesn’t it?” She poked him in the chest. “Welcome to my world. Now get the fuck outta here. This is family business."

The guy held up his hands and let his more sober friend drag him away. “Okay, fine.”

Gina turned her gaze to Liam. Despite being a foot taller than she was, he still felt like she was looking down at him. “When was the last time you spoke to my little brother? Or even texted him directly?”

She was in full big sister mode. Liam was in trouble. Joey was the baby of both families. “Um, well, I haven’t spoken to him in a while,” he confessed.

Gina narrowed her eyes, hands on her hips. “Define a while.”

“Since Christmas,” he admitted. The stunned silence that followed surprised him.

“Stop calling me that.” He checked the people standing near them to see if anyone important was nearby.

“Stop being a dick, and we’ll consider it,” Natalie said, hopping onto the ‘pick on Liam’ bandwagon.

Liam shrugged like it was no big deal. Trying to keep his nerves from showing on his face, he looked directly into Gina’s eyes. “What’s the big deal? We’re both busy. We’ve gone months not talking before.”

“Yeah, but not after you fucked him,” Gina said, poking Liam hard in the chest with a long acrylic fingernail.

Oh, fuck. “What? And ow, Gina. That hurt.” She couldn’t really know, could she? Maybe she meant it in a ‘since you fucked him over’ way.

Gina poked him again. “Don’t even try to pretend like it didn’t happen.”

“Fuck.” He covered his mouth with both hands, scanning the crowd again. Coach Williams was making his way across the room. He was deep in conversation with the coach from the Rangers, Joey’s current team. Thankfully, he didn’t seem to be heading Liam’s way.

“Does everyone know?” he asked. Stupid question. Of course, they did. What one of them knew, all ten of them knew.

Gina pointed at Natalie, Patrick, and Deano. “We know, obviously.”

“I heard it from Angie,” Patrick said. “And I told Jimmy.”

left only Sophia and Nico. Sophia had to know; the girls told each other everything.

“Please tell me Nico doesn’t know,” Liam pleaded. That would be too much, though personally, he thought Nico getting Liam’s girlfriend pregnant was much worse than him sleeping with Nico’s little brother.

The other four traded glances and head shakes. “I don’t think so,” Deano said. “I know I didn’t tell him.”

The jury was still out on who was the main villain in the Nico—Michelle—Liam triangle. The times when he admitted his culpability in the situation notwithstanding, Liam’s vote swung evenly between Nico and Michelle. After all, it took two to tango, as his mother always said. Oh god, his mother.

Liam leaned forward and waved them closer. “Do Mom and Dad know?” His voice dropped. “Do Aunt Jeanie and Uncle Frankie know?”

Patrick and Natalie checked in with each other. Gina and Deano had a brief discussion of what, if anything, their parents were aware of.

"So who told who first?”

"What? Outta nowhere? She just blurted it out over breakfast?”

Gina grimaced. “Yeah, well, I caught her sneaking out of Nonno Lollo’s room late at night, and she threw you and Joey under the bus to distract me. Totally worked by the way.”

“You knew about them?” Natalie asked.

Liam surveyed the crowd, searching for a way out of what was quickly becoming the most painful conversation of his life. And that included the time at Christmas when Michelle told him she was pregnant and Nico was the father. Well, not so much told him as screamed it across a living room crowded with all their friends and family.

"Yeah, I knew,” he admitted. “I thought we had a mutual secrecy pact. Can’t trust that old Irishwoman.”

"I didn’t believe it at first,” Deano said as he poured another round. “I mean, I knew you were playing both sides of the street.”

“Lovely phrasing.” Liam scowled. He’d come out as bisexual more than ten years earlier in a show of support for Sophia Luciano who had come out as a lesbian. By the time Natalie came out, no one batted an eye.

"Thanks,” Deano said, completely missing the sarcasm. “So, yeah, I knew about you, but I didn’t know about Joey.”

Liam wasn’t so sure Joey had known about Joey. “Does he know you all know?” God, even he was starting to lose track of what he was saying.

"Nope,” Gina said. “He thinks we think you guys are just fighting. We know this is all your fault. You broke him, you fix him. He’s miserable and you’re, well, more miserable than usual.” She handed him two freshly-filled shot glasses. “Get in there, Tiger.”

Patrick pushed the door open with one hand and shoved Liam into the bathroom.

Liam stumbled over the threshold. 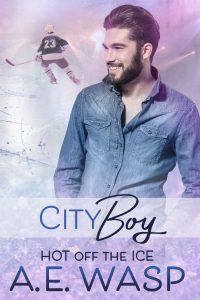 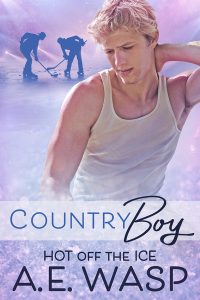 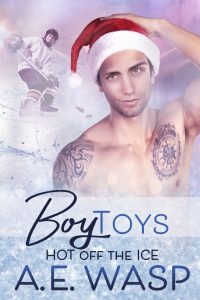 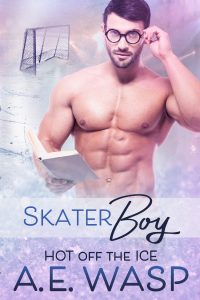 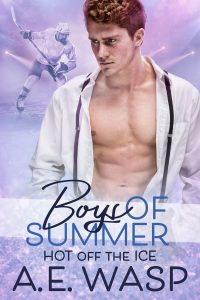