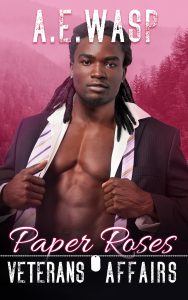 First comes love, then comes marriage. Assuming you survive the wedding.Mikey Washington really does want to be married.The whole thing had been his idea in the first place. So maybe “Do you want to marry me or not, pendejo?” wasn’t the world’s most romantic proposal, but Mikey had meant every word of it. Besides, Benny Quintaña had been making Mikey crazy since they were twelve-years-old. Mikey was used to it. So why did planning this wedding feel like facing a firing squad?When Benny had asked Mikey to marry him, Mikey’s answer had been “I’m going to fucking kill you.”  “Is that a yes?” Benny had asked. He liked to be clear on things. “Yeah, for real, even though you’re an idiot,” Mikey had answered. That sounded like true love to Benny. So why does Benny have the feeling Mikey has one foot out the door?Bonus Honeymoon in Puerta Vallarta chapters included! (You knew they'd make it, right?)

This m/m romance does a fantastic job of giving a glimpse of the dynamics between two charismatic men who complement each other beautifully. Despite not being familiar with the series, I was instantly drawn into the story and cared about the characters immediately. The poignant moments and gradual revelation of the characters' backgrounds are done deftly and I love that there is a balance between the emotionally-laden scenes and lighter humorous moments. There is delicious heat between the guys, and precious moments involving their daughter as well as the canines in their lives. There is a lot packed into this short story, with glimpses of fascinating folks who undoubtedly starred in previous titles in the series, yet I was not overwhelmed by an avalanche of details. Instead, I am intrigued about the rest of the stories and have added a new name to my want-to-read list!

Weak winter sun slipped through the mini blinds on the single high window in the corner of Mikey Washington’s office. The cement brick walls absorbed light and heat equally. Floor to ceiling bookcases filled with blue 3-ring-binders lined two of the walls. Mikey’s desk crouched under the window and cold winter air seeped through the glass, chilling his fingers. Mikey wedged the receiver of his desk phone between his shoulder and ear, punched in a number, and opened his planner while he waited for someone to answer.

“Gaslight restaurant. How can we help you?” Knowing full well he was on a fool’s errand, Mikey launched into the conversation he’d had twice already that morning. One Maître d’ had actually laughed at him. “Okay. Hello. Yeah. I’m trying to see if you have availability for a private party on either of these weekends in February. I know it’s short notice, but I was hoping because it was a slow time of year. Well, not Valentine’s Day obviously. About twenty people, maximum. We don’t need a private room, just a corner. Yeah. I know. Okay. Well here’s my number. Can you give me a call if anything opens up?”

Hanging up, he crossed The Gaslight off his list of possible venues. That was the third place he had called today and the third place that had no openings. He laced his fingers behind his neck and lifted his heavy dreadlocks up letting the cold air slip underneath it. If he’d had more time that morning, he would have braided the whole thing up, but Jasmine had wanted her hair done before preschool. As Second-Dad-in-Charge, Benny could pick up a lot of slack in the morning, but he didn’t know a thing about doing black hair. He was going to have to learn.

Looking at the list of things he had to do for their wedding, Mikey groaned and shut his planner as if that would make the tasks go away. This whole wedding thing was Benny’s idea. If it were up to him, they’d be down at the courthouse with his sister Vanessa and Benny’s best friend Chris as witnesses. They’d have lunch someplace nice, and it would be done. Over. No muss, no fuss.

Why did he always let Benny talk him into things?

Oh, right. His stupid face. Whenever he flashed Mikey that stupid grin and his stupidly gorgeous brown eyes crinkled up with laugh lines, all of Mikey’s higher brain functions shut down. Just the same as they had done back in high school, way before Mikey had quite realized why he was so susceptible to Benny’s cajoling. Benito Quintana had been behind every bad decision Mikey had ever made.

Okay, maybe that was a little harsh. But at least three-quarters of them. Proposing had been all Mikey though. In his defense, he had been under a lot of pressure and Benny had been sitting there all sad and scared in the hospital bed and all Mikey had wanted to do was take him home, tuck him under his arm, and take care of him. Forever. So what else was he supposed to do but ask Benny to marry him? He still thought being married was a good idea. The wedding on the other hand…

Buy the Book:Amazon
Other Retailers
Add on Goodreads 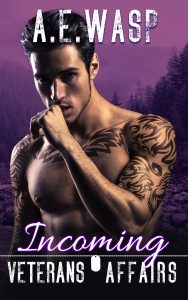 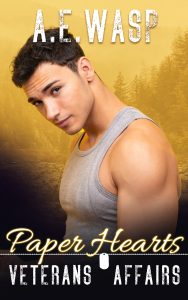 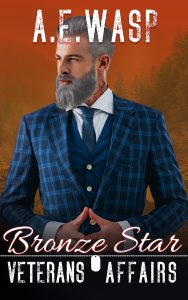