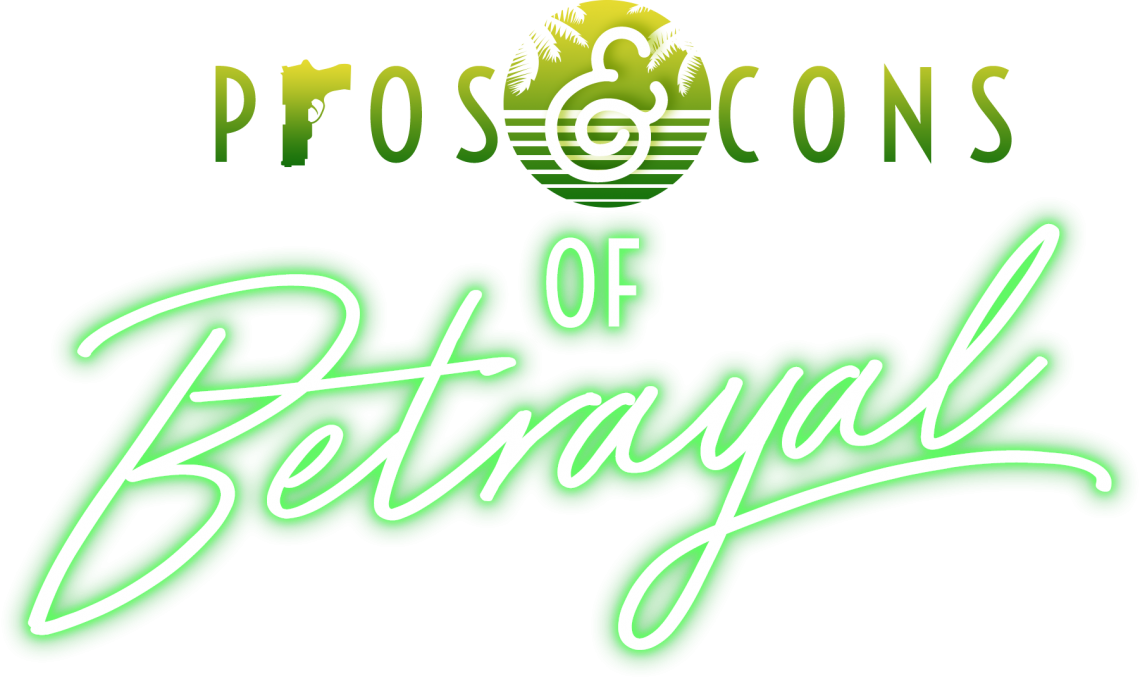 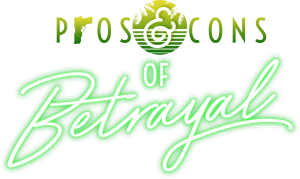 Fatigue dragged my eyelids down as I stared out the windshield at the ribbon of gray unspooling into the darkness beneath the glare of the headlights. The night pressed against the SUV as we drove north through Iowa. The car was quiet for a change, the four other men either asleep or engrossed in whatever was playing through their headphones.

It had been two weeks since everything had gone to hell, starting with Davis’s mom shooting him, the FBI raiding Charlie’s mansion, and ending with someone blowing up Leo’s townhouse. A week of crisscrossing the country, paying cash for everything, and staying in no-name motels and the odd safe house, not quite sure why we were running or who we were running from. The FBI? Charlie’s killers? The mob? Someone from our various shady pasts? Whoever or whatever it was, the fact remained that someone was after us. Maybe more than one someone.

The really sad part about the whole probably doomed enterprise was that I couldn’t be sure she’d even recognize me when I showed up on her doorstep. And if she did, there was no guarantee she’d let me in. Maybe she’d welcome me with open arms. Prodigal son, slaughtering the fatted calf, and all that guff.

I must have scoffed out loud because Leo turned curious eyes on me from the passenger’s seat of the SUV Miranda had thrust us into a little over a week ago.

In sweatpants and a long-sleeved T-shirt, his cheeks shadowed with stubble grayer than the salt-and-pepper hair curling over his ears in a very non-regulation way, Leo Shook didn’t look much like an FBI agent anymore. Then again, he hadn’t exactly been acting like an FBI agent for a while. For example, he hadn’t arrested me even once. Then again, who amongst us was the man he had been before this all started?

“Something funny?” he asked.

I shook my head. “Just thinking.”

“About going home? Or about when you left?” he asked quietly.

He might not be an agent anymore, but he was still perceptive, damn him. Against my better judgment, I liked him. Despite the ten-year difference in our ages, it sometimes felt as if he and I were the only grown-ups in this group of merry men.

“Yes. I’m afraid thinking about the past tends to make me maudlin. I’ve been told I was a rather…dramatic…child and sometimes the voice in my head can take a turn for the theatrical.”

The dim light of the SUV’s instrument panel gave off just enough illumination for me to see his small smile. “You? Dramatic? I’m shocked.”

“Well. Sometimes it can be an asset in my line of work.”

“You never said why you left,” Leo said mildly. “I assume whatever job Charlie has for us has something to do with that.”

He didn’t admonish me or press for details which was admirable considering I had told the guys almost nothing about this ridiculous quest Charlie had sent me on.

If Charlie hadn’t already been dead, I would have killed him for guilting me into this. Even from beyond the grave, the bastard still thought he could tell me what to do, still thought he knew what was best for me.

The thing was, sometimes he’d been right. Then again, sometimes he hadn’t been. Only time would tell which it was this time.

A blue sign on the side of the highway promised food, gas, and lodging at the next exit. The Denny’s sign rising from the trees and glowing brightly against the night sky made good on that promise.

“Should we stop for some food?” Leo asked.

“I could eat,” Steele said.

It went without saying that Breck and Ridge would always be happy to stop and eat. At only twenty-one, they were still growing boys.

Danny was the one who most needed to eat and the one who would never ask. He seldom asked for anything and seemed surprised by anything that was given to him, no matter how small. I wasn’t the only one who went out of his way to bring home little gifts for our youngest team member. Very often the gift was edible because after two years of living on the streets and dealing with the food insecurity that came with the lifestyle, Danny never turned down food. Wesley, no stranger to hard times himself, kept an eye out for food hoarding and made sure to eliminate any potential health hazards while leaving enough of a stockpile to keep Danny’s anxiety at bay.

Not that I was judging. I’d had my own times of not knowing where my next meal was coming from.

I knew Danny was missing his red-headed hacker boyfriend, but Miranda had needed him, so he’d stayed behind at some undisclosed location. He and Miranda were focusing on two separate tasks. One, finding more information on who was after us. And two, keeping Bigolb-Autumn Enterprises—the legal face of Charlie’s empire—running. Even after death, bills had to be paid, and without Charlie’s schemes, all Charlie’s estate had to bring in cash were the legitimate businesses. Since Miranda was adamant that all the businesses operated as ethically as possible, profits weren’t as high as they could be and our little escapades weren’t cheap. Not to mention whatever Josie was doing. None of us had seen or heard from her in weeks.

Davis was recuperating at one of his family’s properties while acting as our own personal banker. With all the eyes on Charlie’s business, it wasn’t safe to move any money we didn’t have to. He’d recovered enough to be released from the hospital and he and Ridge had spent two days together before Miranda had gotten nervous and told us we needed to hit the road immediately. Apparently, it had been quite the reunion. Ridge had a collection of love bites, fingertip bruises, and scratches that had impressed even Breck and Danny.

Both Davis and Wesley would meet us in Wisconsin.

I was on the fence about that decision. I couldn’t see that we needed him, and, as a rule, I didn’t trust billionaires. That was just good sense. Billionaires were not like normal people. They weren’t even like millionaires. With steady work and mediocre success at investing, a plumber could become a millionaire. To become a billionaire required a ruthlessness seldom found in the population as a whole and a willingness to exploit every labor and tax loophole on the books.

Their thought processes were so alien, it almost wasn’t any fun scamming them. You couldn’t hurt them financially, there was no way to take enough money from them for them to even notice. Case in point, Davis Ethan. He’d turned his back on the family and the family business, plotted against them, and gotten shot by his own mother, all without any apparent consequences. At least not any financial consequences.

The worst you could do to a billionaire was hurt their pride, but woe betide the fellow that did. They had the deepest of pockets and armies of lawyers to deploy.

Maybe Davis was different because he had worked for a living. God only knew why he’d chosen to go into law enforcement, of all things. Then again, he’d resigned his position with Diplomatic Security to throw his lot in with Ridge. I wondered how long that would last. Going by the gorgeous watch on his wrist, Ridge seemed to think it would be forever. Far be it from me to burst his bubble, but in my experience, happily ever after only happened in fairy tales.

Another thing about billionaires, they get bored more easily than normal folk. When you don’t need to work to survive, you have too much free time and no direction. Then again, the Pfeiffer boys were rather entertaining, so who knew. Who was I to scoff at true love?

“Did someone say food stop?” Breck asked from the back.

“Yes,” I said and hit the turn signal.

Leo stepped from the passenger’s side, stretched, and took a deep, appreciative breath.

The cool night air did smell lovely, especially compared to the air inside the SUV. After spending most of the last decade in large coastal cities, I’d forgotten the scent of a forest at night. Eric and I had spent a lot of time in the woods as children, and then again as teenagers looking for privacy.

I derailed that painful train of thought immediately. We were hundreds of miles away from my hometown and already this trip was killing me. Memories I’d been suppressing for years were bubbling to the forefront of my brain and I hated it.

Outside of the Denny’s and gas station, there wasn’t much around us in the way of civilization. A two-lane road peeled off east and west of the highway, disappearing around the curve of the hills. A tractor-trailer zoomed by, shaking the SUV and making our loose clothing flap in the wind. From somewhere behind me I heard Breck and Ridge’s voices raised in what sounded like a time-worn argument, the kind that became more habit than actual disagreement.

“I was not feeling up Debbie Schnetzer,” Breck was insisting. “I was getting a bug out from her shirt!”

“I know what I saw,” Ridge said. “Hand down the shirt. Groping. I was there.”

“Just because you saw something doesn’t mean it happened,” Breck retorted.

I was so tired that almost made sense.

I pulled my attention back to the here and now. “Yeah?”

Oh yeah. Right. We were on my job this time. I was in charge. There was a buzzing in my veins as if I were still sitting in the moving car and the taste of stale coffee in my mouth. Sitting down in a stationary seat for half an hour sounded good. Anything to postpone the inevitable.