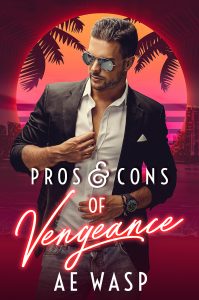 FIVE JOBS. FIVE CHANCES FOR REDEMPTION. One thing’s for sure: these men are no angels.

There’s nothing like being blackmailed by a dead man to really bring a group of cons together. And what a group we are: a hacker, a thief, a con artist, a thug, and a Federal agent with an axe to grind. The deal is simple, we do the jobs and Charlie’s lawyer wipes the slate clean for each of us, one at a time.

Since job number one calls for some muscle, it looks like I’m up first. I’m Steele Alvarez, ex-Special Forces Close Protection Specialist (aka, a bodyguard for some not so nice guys).

After learning what the job is — taking down a seemingly untouchable senator with a penchant for beating up young male prostitutes — I’m in. No questions. A bullet ought to do the trick.

Then I met Senator Harlan’s latest victim: Breck Pfeiffer, the gorgeous hooker with a heart of gold and the soul of a fighter. One look at him and I’m gone. That kid laid me out harder than any punch ever did. I’ll do anything to protect Breck, even kill for him. But Breck doesn’t want the senator dead, he wants vengeance.

If we’re going to find a way bring down the slimebag and get the blackest mark on my record erased, I’m going to need all the help I can get.

Like it or not, we’re all in this together.

WOW! Terrific plot, awesome characters and great writing create a 5 star read! Intrigue, action and steamy romance created a fun and engaging read that i could not put down until i had read the last page.

Thank Christ someone had been bright enough to leave the air conditioning on in Charlie’s mansion. Dead men paid no electric bills, I guess. Fucking Florida. I’d been gone too long and had somehow forgotten how truly miserable the humidity could be. Sure, it could hit a hundred and fifteen outside of Baghdad, but it was dry heat.

I thought about taking off my suit, or at least my tie, but until I knew what the hell was going on here, I wasn’t going to let my guard down.

Besides, I looked good in a suit.

“Nice house, huh?” Wesley said from behind me, as I was busy assessing the layout of the house and cataloging any possible pinch points. Like I said, I didn’t know what I was doing here, and I wasn’t taking any chances.

“I’ve seen bigger.” In my most recent incarnation, as close protection specialist and hired muscle to some very rich and very bad men, I’d been in mansions that made this place look like a pool house. Not that this place sucked. Not at all. The cabin I’d grown up in could have fit in the foyer with room left over.

We followed Ms. Miranda Bosley, Charlie’s attorney, single-file down the tiled hallway of the big house like a line of ducklings. Wesley was the only guy I knew and consequently the only one in the group I trusted enough to walk behind me. Even Ms. Bosley looked like she wouldn’t hesitate to stab me in the kidney if she felt she needed to.

Seeing Wes at the funeral had been a surprise. A quick, stilted conversation had revealed that he was here for the same reason I was – we were both being blackmailed by Charlie.

I couldn’t imagine what Charlie had on the kid. I’d only worked with Wes twice before, but he was more a gray hat than a black hat hacker; the kind of person who didn’t mind doing the wrong things for the right reasons. A cross between MacGyver and Anonymous, the kid had probably been on an FBI watch list since he was twelve.

Wesley had triggered my protective instincts from our first meeting, but he’d never really needed much help beyond muscle. Sure, he could take care of himself with that jujitsu or whatever, but sometimes some people just needed their faces punched, and I was more than happy to do that for him. It was satisfying.

Now Angel-Face, as I’d taken to calling the gorgeous blond kid who’d been sitting a few rows ahead of me at the graveside ceremony, he triggered other instincts in me. Made me think things I probably shouldn’t be thinking at a funeral. But then again, Angel-Face hadn’t seemed exactly consumed with grief either. I hadn’t been completely surprised to see him following Miranda after the funeral along with Wes and me. Very interesting. What had that choir boy done to be in such bad company at such a young age?

I fingered the challenge coin I always carried in my pocket. A reminder of what I’d survived and the friends who hadn’t, the familiar feel of the raised image soothed the niggling doubts in the back of the mind.

The fourth man in our little parade was the one who’d been sitting next to Angel-Face. I mentally dubbed him The Fed, because if he wasn’t some kind of agent, I’d eat my hat.  I figured the guy had to be pushing forty, or maybe he’d already humped his way over the other side. If he’d been a forty-year-old cop, he wouldn’t be in such good shape. Guy looked like he could hold his own in a fight or a chase. Everything from his haircut to his body language, not to mention in the bulge of a shoulder holster under his jacket, screamed Fed. Of course, at Charlie Bingham’s funeral, it was likely that more people were packing than not.

I couldn’t get any read on the fifth man in the group, Mr. Anonymous. He was so amazingly average-looking, he was difficult to describe. He hadn’t spoken once, so there was no accent or speech pattern to discern, and his generic dress pants and J.C. Penny shirt didn’t give any clues to who or what he was. But I figured if he was part of our party, he wasn’t your average, law-abiding citizen. 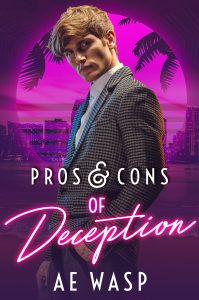 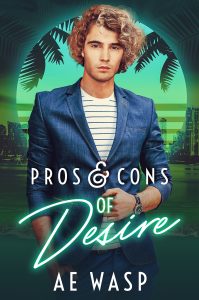 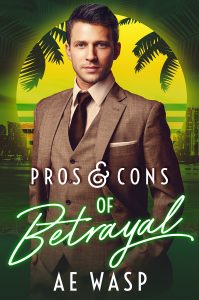